On Shavuos night, R' Bamberger discussed Megillas Ruth. The ideas of the vaad were taken from his sefer Shiras HaLevi. Due to the profound importance of this sefer of Tanach, it is important that we have a basic understanding of what this sefer is about and why we read it on Shavuos.

Megillas Ruth tells the tale of a prominent Jewish family that was destroyed through greed. Elimelech, the head of the household, was the greatest sage of his generation. He was also fabulously wealthy. He
lived in Eretz Yisroel during a time of great poverty. Everyday hordes of needy Jews would come knocking on his door begging for charity. Elimelech was concerned that his vast wealth would soon be depleted if he had to support the entire Jewish nation on his shoulders.

G-d punished Elimelech severely for his lack of compassion on his suffering brethren. Elimelech lost his great fortune and died from a terrible disease. A similar fate befell his two sons.

There is a powerful lesson that can be gleaned from this narration. When G-d blesses us with wealth or talents, it is our responsibility to use those blessings to help other people. If we fail to use our blessings in life properly, G-d may take them away. This was Elimelech's tragic mistake.

When Naomi was about to take leave of her two daughters-in-law, Ruth and Orpah, she gave them the following blessing: "May G-d grant you peace and may you find peace." This blessing is difficult to understand. If G-d will give them peace, why should they have to find it?

R' Bamberger explained that there is a profound lesson to be derived from this pasuk. Many people make the mistake of thinking that they can be happy only if they win the lottery. However, there is probably nothing that is further from the truth. Many studies have been done to analyze the lifestyle changes of lottery winners. The findings were shocking: Nearly all of them divorced their wives immediately. Many of them got involved with drugs and lost all of their winnings on poor investments. Some of them got so depressed with how badly they screwed up their lives that they committed suicide.

What we see from these studies is that our happiness ISN'T governed by how much we have. Rather, it is up to us to find peace with the specific circumstances that G-d presents us with.

The gemara in Mesechta Nedarim tells of what happened to Orpah after she departed from Naomi. The gemara records that she cohabited with 100 men on that night. In fact, she conceived Goliath on that night. How can we understand how she sank so low so quickly? Just moments earlier she had been kissing Naomi and refusing to part from her.

R' Chaim Shmuelevitz derives a powerful message from this incident. When a person stumbles in a sin, his evil inclination tries to convince him that he is a sinner. If he can commit one sin, he can commit an even graver one. This is what happened to Orpah. When she returned to her former lifestyle, she was caught in a downward spiral that led her to forgo any sense of morality that she ever possessed. We must strive never to fall into this trap of the evil inclination.

"A person from Ammon or Moab shall not be permitted to marry into the Jewish people because they didn't greet you with bread and water when you left Egypt."

This pasuk was the source of the controversy over Boaz's marriage to Ruth. Ruth was a Moabite. Therefore, Boaz was forbidden to marry her. However, the Sanhedrin at the time determined that the pasuk was only referring to MEN from Moab. The reason was that it would have been immodest for the Moabite women to have presented the Jewish people with food and drink. Thus, the prohibition didn't apply to Ruth.

However, it remains difficult to understand why the Sanhedrin's reason was adequate. If the Torah doesn't want us to marry people from Moab because they lack the trait of kindness, why should it matter that the women were technically excluded?

Ruth demonstrated that the trait of kindness wasn't entirely lacking among the Moabite women. Ruth gave up the life of a princess in order to help her mother-in-law, Naomi. We are supposed to learn from her that the middah of chessed is essential to acquiring the Torah. This is why we read Megillas Ruth on Shavuos. 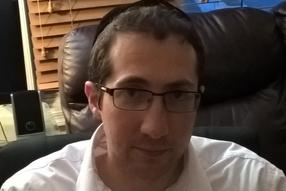