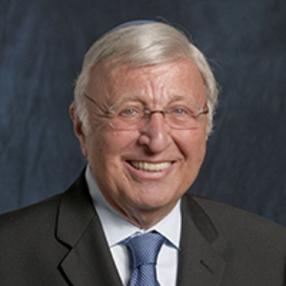 Oil is probably the most politically incorrect of all liquids. It simply refuses to compromise its uniqueness.

If oil were a person it would almost certainly be condemned for its stubborn unwillingness to blend in with others. It chooses to remain aloof, separate and distinct. Mix it with water and it stays apart and maintains its own identity.

No matter how hard you try, oil stays true to itself and just won't assimilate.

Perhaps that's why it deserved to become the ultimate symbol of the Chanukah miracle.

When we celebrate the victory of the Maccabees over the Syrian Greeks, we need to remember what was really at stake in this major confrontation. This was a war unlike any other. It wasn't fought to conquer more territory. It wasn't meant to capture more booty or bodies. This was ultimately a conflict between two totally different ways of viewing the world.

The story of Chanukah is all about a clash of cultures. The Greeks weren't out to kill the Jews. Their intent wasn't genocide of a people. It was rather a battle against those who threatened their commitment to hedonism, their infatuation with the body, their obsession with athletic competitions to prove superior worth. In these they found beauty – and the very meaning of life.

Keats summed up well the Greek ideal in his magnificent Ode On A Grecian Urn:

For beauty is truth and truth is beauty; that is all ye know and all ye need to know

What the Greeks worshiped was the holiness of beauty. What the Jews wanted to teach the world instead was the beauty of holiness.

It was the battle between these two ideas that defined the war of the Maccabees. Sad to say, there were Jews who were seduced by the seductive wiles of secularism and forsook their ancient heritage. They sold their blessings for a mess of pottage. They renounced the message of the prophets for the glory of the games. They chose the temporary rewards of the body over the eternal blessings of the spirit. They are known as the Hellenists. They assimilated – and haven't been heard from since.

The victory of the Maccabees was the triumph of those who exemplified the unique characteristic of oil and refused to assimilate, and instead chose to remain steadfast in our mission to bring the moral vision of Judaism to the world.

That is what makes the story of the Maccabees so very relevant to our time.

In the past we've been witness to a rather bitter debate about a provocative advertising campaign sponsored by an Israeli Ministry. It seems that the Ministry of Absorption thought it would be a good idea to convince Israeli expatriates living in the United States to come back home by dramatizing the risk of assimilation of their children and grandchildren in the Diaspora. The theme of the ads promoted the idea that living outside of the Jewish homeland threatened their link with the Jewish past, with Jewish tradition and with Jewish culture.

That led to huge fireworks. A prominent Jewish spokesmen declared, "I don't think I have ever seen a demonstration of Israeli contempt for American Jews as obvious as these ads." Critics assailed the campaign as a vicious attack on "the Jewishness" of all those outside of Israel.

So strong was the hue and cry of outrage that the ads were quickly removed. The campaign obviously touched a delicate nerve. In what may very well have been viewed as an over wrought slander on the possibility of Jewish life outside of Israel, the reaction nevertheless vividly demonstrated the powerful fear generated by the thought of assimilation.

And if the ads were wrong because of the way they seemed to differentiate between life in America as opposed to Israel, their message should surely be acknowledged as a wake-up call to Jews no matter where they may be living.

Because the bottom line is that after more than 2000 years, the spirit of the Maccabees seems to be losing in its battle to prevent Jews from assimilating into a fervent embrace of secular culture and ideology.

The Greeks gave us the Olympics. In an irony that defies all logic the Maccabees, who fought for the supremacy of the Temple over the sporting arena, were chosen as the name for the Maccabiah, the international Jewish athletic event similar to the Olympics held in Israel every four years.

Athletic contests are wonderful venues for physical recreation. They cease to be admirable when they take over our lives, as they sometimes do, not only in professional settings but even in collegiate contexts.

Please don't distort what I'm saying. Sporting events are fine if they are understood as adjuncts to a spiritual life. But when they become an end unto themselves, we adopt a foreign value and assimilate.

We've assimilated when all we want is to party, never to pray.

We've assimilated when all we care about is what we look like on the outside, not what we feel like on the inside.

We've assimilated when our greatest goals are fame and fortune rather than love and learning.

We've assimilated when more than anything else we want to envied by the eyes of our fellow man instead of being treasured in the sight of God.

We've assimilated when our chief goal is to accumulate more goods rather than simply to be good.

We've assimilated when we are far more interested in our inheritance than in our legacy, by what we get from the past rather than what we give to the future.

We've assimilated when we consider our children burdens rather than blessings and when we believe the best things we can give them are valuables rather than values.

Our tradition teaches us to revere the beauty of holiness. That was what the Maccabees fought for as they confronted an alien culture that stressed the body over the soul, the material over the spiritual. That remains our challenge.

Like the oil of the Chanukah story, we dare not assimilate.

As we bring ever greater light into our homes every night with its flame, we affirm our belief that we will succeed. We will maintain our uniqueness that has enabled us not only to survive but to be the torchbearers of morality and civilization for all mankind.

Rabbi Blech has been a Professor of Talmud at Yeshiva University since 1966 and was the Rabbi of Young Israel of Oceanside for 37 years. In addition to his work in the rabbinate, Rabbi Blech has written 19 highly acclaimed books with combined sales of over a half million copies and speaks on Jewish topics to communities around the world.

Assimilation And The Chanukah Oil