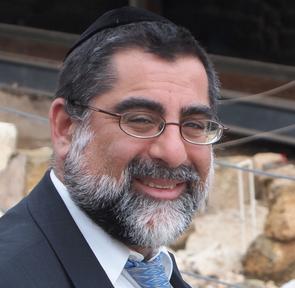 The Jewish calendar is filled with sad days and holidays of which are commemorated with symbols and Mitzvos that represent a particular holiday and remembrance. I remember as a child growing up with distinct memories of each holiday and something unique whether it was celebrating with certain family members, eating certain foods and watching how the holidays developed over the years.

I can’t imagine there is a child out there today (or an adult recalling his/her Purim of yore) who doesn’t have a fond memory of Purim and who doesn’t look forward to the next year. What are our memories from Purim? We obviously remember getting dressed up in home-made costumes that were more authentic than today’s bought ones.  The preparing and delivering of Shaloch Manos was equaled by seeing what we received for Shaloch Manos. Listening to the Megilla in Shul was tolerable due to the excitement of how we drowned out Haman’s name upon being mentioned. The entire day was summed up by enjoying a feast and fest of music fun and games.

As I look back over the years from my childhood and on I wonder if those Mitzvos that are performed on Purim are the primary or secondary reasons of the celebration? There is no question there are four explicit Mitzvos to be fulfilled on Purim, the question truly is why do we have all these Mitzvos for? Perhaps an insight can be found in the following explanation.

In Shmos 15:16 the Torah states: “Tipol Aleihem Eimasa VaFachad Bigdol Zro’acha Yidmu KaAven, Ad YaAvor Amcha Hashem, Ad YaAvor Am Zu Kanisa “. “Fear and dread fell upon them. At the greatness of Your Arm They are still as stone. Until Your people crossed, O God, until the people You gained crossed over”. This passage taken from Moshe’s song ‘Az Yashir’ interprets ‘Kanisa’ that Hashem has cherished the Jews above the other nations, just as an article which is acquired at a high price which is cherished by that man.

In his sefer Ben Yehoyada *Yosef Chaim from Bahgdad weaves a Gemara from Brachos 4a to merge the words of Moshe Rabbeinu as an allusion to Purim. The words ‘Am Zu Kanisa is referring to the second acceptance of the Torah. During the days of the story of Purim ‘this nation’ were the ones that God performed a miracle that the decree of Haman the wicked would fall out on the thirteenth of Adar. The gematria (numerical value of the word ZU comprised of a zayin equal to seven and a vav equal to six adds up to and corresponds to thirteen the day of the month Haman wanted to annihilate the Jews. It was the miracle at Krias Yam Suf that Hashem used to re-acquire the Jews anew. This was the reason Moshe called them ‘Am ZU, as if to say they were saved with THIS miracle on THIS day being the thirteenth of Adar. The thirteenth of Adar is the date of Taanis Esther, not to be confused with the three day fast Esther asked all the people to do but rather a fast day in anticipation of a war. Having learned from Moshe Rabbbeinu the notion of fasting as a sign of repentance at a time of battle.

A second interpretation given by Reb Yosef Chaim why the Jews were distinctively called ‘Am ZU’ because it was at this time the receiving or more so the acceptance of the Torah She’B’Al Peh the Oral Law was completed. The generation at the time of Achashveirosh went back and reaccepted the Oral tradition as it states in the Megilla ‘KeeY’mu V’Kiblu, the Gemara darshans we accepted that which we accepted already meaning the Torah She’B’Al Peh. The word ZU comprised of two letters zayin and vav the value of seven and six as I mentioned earlier. The Seven represents the Torah She’Bichsav the written law is seven books because in Bamidbar 10:35,36 is viewed as a separate book dividing Bamidbar into three giving a total of seven. The Oral Torah know as SHAS stands for Shisa Sidrei the six orders of the Oral law. Coming full circle to this nation AM ZU who are now complete with the entire Torah. It was this merit they were able to turn things around against Haman on the thirteenth of Adar and have HaKadosh Baruch Hu save the people and hence the story and celebration of Purim.

The Rabbis teach us ‘Mitzvah Goreres Mitzvah’ the performance and doing of one Mitzvah leads us to an opportunity to do another. The Jewish people resounded re-accepted the words of the Torah. What better way to be rewarded of accepting the Torah but to do more of that which it stands for, that being more Mitzvos. The underlying simcha and joy of Purim is the fact we wanted to get back to a place where the Jewish people were at the time of Har Sinai and receiving of the Torah. Year in and year out we seem to focus on the fulfilling of the Mitzvos which is incredible but somehow forget the primary and key reason we are doing all of this for.

As we prepare to enter the week in which Purim occurs we need to remember this Holiday will remain even in the time of Moshiach because of the association of our commitment to Torah. Let this year’s Purim celebration be full of joy and happiness in doing the Mitzvos of the day. More importantly, to remember the reasons why even after Purim that it is a day we commit ourselves to learn more Torah and dedicate ourselves to the primary aspect of Purim. It’s a one day celebration that should push us in the direction of our own Keemu V’Kiblu to take on once again the Oral and written Torahs and bring Klal Yisrael back to the level we were on standing at Har Sinai.

Rabbi Avram Bogopulsky was born and raised in the  Boro Park section of Brooklyn, New York. He attended  the Etz Chaim Yeshiva, and was actually the last  graduating class. From there his family moved to  Flatbush where he attended high school at M.T.A.  After high school, Rabbi Bogopulsky went to study  abroad at Yeshiva Neveh Zion in Telshe- Stone, Israel.  After almost two years, the Rabbi along with six others came to Yeshiva Shaarei Torah in Monsey, N.Y. Under the influence and guidance of his Rosh Yeshiva, Rabbi Berel Wein and the tutelage of his personal Rebbi, Rabbi Laibel Reznick, Rabbi Bogopulsky pursued a career in the Rabbinate. It was the inspirational words and messages of Rabbi Wein that instilled within Rabbi Bogopulsky a desire to be of service to Klal Yisrael.

In July of 1996, Rabbi Bogopulsky assumed the mantle of leadership at Beth Jacob Congregation San Diego where he remains until today. He is a member of the local Vaad HaRabbonim, teaches classes at the local orthodox high schools, and also manages the College Area Eruv Corporation.

It can be purchased on Feldheim or Amazon.

at the Significance of Purim