So here we have a case where one essentially has half a child. Asked the Minchas Chinuch [Mitzva Aleph], is he yotzei the mitzva of Pirya Va-rivya?

Rov Genechovsky zt"l answered that we apparently see from Tosfos [Bava Basra 13] that it is a mitzva. The gemara says that if one is half an Eved, half Ben Chorin, we must free him in order that he fulfill the mitzva of Pru U'rivu. Asked Tosfos, why don't we allow him to marry a Bas Chorin and even though she will be doing the aveira of marrying an Eved [לא תהיה קדשה], let us say עשה דוחה לא תעשה and the mitzva of Pru U'rivu will override the aveira?

We see from Tosfos' question that when half a Ben Chorin has a child, even though he is only a half, the mitzva is fulfilled. So too let us say that having half a child [a Ben Chorin marrying half a shifcha] is also a mitzva!!

Rabbi Ehrman is a former Rebbe at Yeshivat HaKotel and Netiv Aryeh and Rosh Kollel of Kollel Iyun Hanefesh in Yerushalayim. He has authored numerous sefarim including Shiras Yitzchak, Simchas Shmuel, Simchas Hanefesh and also scores of articles in English and Hebrew. He is an acclaimed darshan and has served as scholar in residence for various congregations throughout the New York area. His style is to weave together the various strands of Jewish thought in order to bring out an inspiring and relevant message. He recently started a "skype-yeshiva" where he learns privately with men of all ages [including college students] at all levels from the comfort of their home or office. To join the yeshiva or to invite Rabbi Ehrman to speak in your shul you may contact him directly at ally.ehrman@gmail.com. He blogs at http://mevakeshlev.blogspot.co.il and is a certified marriage counselor. 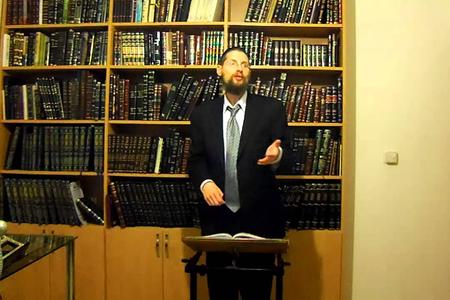 Is Having Half A Child A Mitzva? - A Question Of Fractions

Based On The Torah Of Rav Avrohom Zt"l