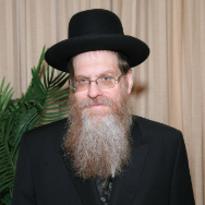 Reading Between The Lines

It was a warm Friday afternoon in the summer.

Many parents were already downstairs attempting to convince their children to come and get ready for Shabbos when ‘it’ began.

Suddenly every family who lived around the small courtyard surrounded by apartment buildings had at least one parent represented at this ad-hoc ‘residents-only-meeting’.

One of the more ‘pious’ members of the complex had unilaterally ‘paskened’ and ‘decreed’ that from now on all children-irrespective of age or gender- will be prohibited from riding any sort of ‘riding toy’ on Shabbos.

Good bye to all the blue, pink and red Cozy Coupes.

It was time to put away the PlasmaCar Ride On Toys.

As you can no doubt imagine, the ruling was not to go unchallenged and in no time there were dozens of mothers and fathers; more than a few Bubbies and Zaidys; -not to mention scores of children of all ages- who were vocally protesting the edict.

There were men who were quoting verbatim sections of the Shemiras Shabbos K’helichasa and mothers who were busy calling their former seminary teachers.

Older boys with thumbs flung in the air were ‘saying over’ Divrei Torah from their Rebbeim and high school girls were busy checking their notes on Hilchos Shabbos.

When Meir Rubin arrived downstairs he was surprised to see how suddenly baths could wait and tables no longer needed to be immediately set as everyone seemed to have endless time at their disposal to debate and argue the halachik permissibility of having a two year old ride a little plastic toy!

The small courtyard had been transformed into a Beis Medrash with everyone passionately and ardently arguing the correctness of their opinion.

Unfortunately, as too often occurs, the initial friendly and respectful discussion began to disintegrate into a full-fledged fight with more than a few participants beginning to hurl insults at each other.

Thankfully, most heeded the advice of Rabbi Morgenstein-an older retired Rav- who advised all to go and get ready for Shabbos.

Meir Rubin, with his own children in tow, also began to head to the elevator.

He was surprised when David Glass (all names changed) approached him.

He wondered, ‘Why is David Glass so concerned about people getting along and children riding plastic toys? David is not even married and he has no children; why is he so agitated about a discussion which has no relevance for him?’

After David finished his soliloquy, Meir calmly asked, “David, I know it’s sort of last minute; however, would you like to come to us tonight for Shabbos Seudah?”

David’s entire demeanor changed and with a big smile he replied, “Yes, I would love to.”

After a wonderful meal with singing and Divrei Torah, Meir walked David across the now silent courtyard.

As they walked, David asked, “Can I ask you what made you suddenly invite me tonight? I am totally thrilled that you did; however, we were talking about the kids playing on Shabbos, what made you invite me?”

Meir looked at David and said, “David, I realized that you really weren’t upset about the kids and their toys; when you said, “Why can’t people focus on getting along?” I realized that what you were really saying was, “People here are more concerned with Cozy Coupes then with making sure I have a place for Shabbos!” That’s what made me invite you.”

As David entered his apartment he turned to Meir and said, “Thank you so much. You are the only person who took to time to really hear what I was saying.”

Rav Ron Yitzchok Eisenman has lead Congregation Ahavas Israel in Passaic, NJ since 1997. Rav Eisenman successfully disseminates Torah both in the oral and written word. His Short Vort has quickly become a daily staple in hundreds of households throughout the country and abroad. After learning in Kollel for six years and receiving Smicha Yoreh Yoreh from Rav Yosef Dov Soleveitchik, Ztz"l and Yadin Yadin from the Kollel L’dayanus he began his carrer serving the Jewish community. He is a sought after speaker and scholar in residence in many communities throughout the metropolitan area and author of the book The Elephant in the Room: Torah, Wisdom, & Inspiration for Life.