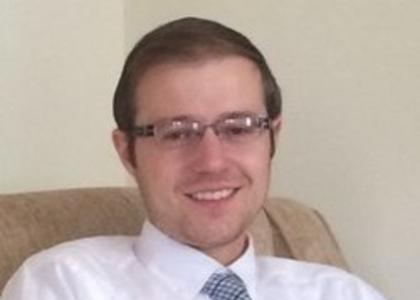 The Challenge Of Revelation

Shavous commemorates the occasion on which God appeared on a mountain in the Sinai Peninsula, more than 3,000 years ago, and revealed to a ragged group of recently freed slaves a set of laws which would forever more change the course of history. Those laws, which were recorded in a document we call the Torah, along with some narrative and hortatory passages, have been the the guiding factor in the development of Judaism from that time on. Through the greatest challenges and difficulties, the message of that Sinai Revelation has continued to shine forth, providing guidance and inspiration for generations of Jews as to how to live their lives.

To the modern ear this story seems unlikely. We are not accustomed to God appearing on mountain tops and delivering substantive guidance to large groups. Nowadays the average religious believer is happy with far less. Traffic breaking up after a fervent prayer can be cause for religious celebration for the modern religious seeker. A long sought pregnancy, job opportunity, marriage partner, or miraculous healing from illness which seem somewhat supernatural are generally more than enough to reassure modern believers that God is with them. We are satisfied with far less than God himself appearing on a mountain top and perhaps that is our problem. Perhaps our ancestors who expected more open involvement from God got more.

But in truth even the rabbis of old saw the revelation at Mt. Sinai as a unique event in the history of the world, one which could never be replicated. Maimonides, as great a Jewish authority as any, was not impressed by miracles.

Moses our Master was not believed in by Israel because he delivered tokens, for whosoever bases his belief contingent upon tokens retains suspicion in his heart, for it is possible that the token was delivered by means of enchantment and witchcraft. But all the tokens delivered by Moses in the wilderness were responsive to necessities, and not as testimony for prophecy.

He argued that miracles are no basis of faith, they’re too easily questioned and fleeting, and this has proven over the years to be good theology. If one were to accept all the reported miracles every world religion would have to be true, theology would shift with the latest fads and current miracles, and some of the greatest liars and charlatans would be our chief theologians. So it was with good foresight that Maimonides downgraded miracles from the center of religion to the periphery.

Only one historic miracle for Maimonides could serve as the basis of faith.

Wherein, then, did they believe in him? In being present at Mount Sinai; for our own eyes saw and not through a stranger's, and our own ears heard and not that of another; the flame, the thunder and lightning, and he drew near the thick cloud and the Voice speaking unto him, we listening, saying: "Moses, Moses, go and tell them thus and such," for so he also said: "The Lord spoke with you face to face in the mount out of the midst of fire" (Deut. 5.4); and it is moreover said: "The Lord made not this covenant with our fathers, but with us, even us" (Ibid. –31).

The Revelation at Mt. Sinai was for Maimonides the central event of Judaism and one which we look to as the foundation of our belief. If not for Mt. Sinai we would be left with flimsy miracles but little in the way of lasting lessons for contemporary belief. Mt. Sinai means that not only does the Jew have yet another significant miracle, but we now have a unique miracle: it can serve as the basis for the most solid and enduring faith.

Of course Jews love study and thinking and intellectual argument, and so in the years following Maimonides many would dispute his philosophical framework outlined here. Other great Jewish thinkers would see miracles as a crucial component of religious thought, but our concern here is to make sense of Maimonides position and in that we must acknowledge that after some reflection we are left in doubt. Why should the miracle of Revelation be so qualitatively different from all the others?

Maimonides contention here seems to be, and this he explains more fully in a letter, Iggeret Teiman, that at Sinai every Jew heard and experienced the miracle themselves, without recourse to an intermediary. Other miracles come about through the mediation of a go-between, a miracle worker who allows the person to experience a given miracle. Not so at Mt. Sinai when every Jew experienced the miraculous sights and sounds on their own, not as guests to Moses’ miraculous experience. Other public miracles are events which are experienced as a community, through the medium of the prophetic leader. This type of shared experience is claimed commonly enough throughout religious history. Mt. Sinai was not a shared and communally experienced miraculous event, it was a personal and private miraculous event which happened to occur to an entire nation at the same time. This is a profound distinction, and one well worth reflecting on this Shavous.

But it has further implications for us. If every Jew experienced Mt. Sinai on their own, then we must understand what this means for us today. It means we too must accept the Torah on our own, in a way which makes sense to our lives and intellects. We too must find the path of Torah with which we can connect directly, which speaks to us as an individual. It is not enough to be part of a group who study Torah, but rather each of us must strive to re-experience that connection with the Torah directly. And all this means something more challenging: it means we must study. There can be no theological supplement for the actual study of Torah. Only then can we experience the directness of Revelation and understand the miracle upon which all Judaism is based.

The act of studying Torah is therefore the foundation of Judaism. Only through beholding over and over again the majesty, the depth and breadth of Torah study, only by interacting with the Divinity contained in the abstract and often-times complicated minutiae of halachic study can we hope to recreate that Sinai experience and understand the miracle at the heart of the Torah. If we outsource the complexities of Torah to someone else, then they can experience the miraculous element, but not us. The miracle of Torah is reserved even today for those who make the effort to engage with its subject matter, if we are too busy or have other priorities, it only leads to our own spiritual impoverishment.

Rabbi Elisha Friedman  leads Congregation Kesher Israel in Harrisburg, PA. He is a graduate of Yeshiva University's (YU) Rabbi Isaac Elchanan Theological Seminary and received his Ph.D. from Yeshiva University in Modern Jewish Philosophy. At Kesher Israel he delivers regular lectures and classes on topics of interest and brings Jewish ideas to bear on the contemporary world.