Every morning in Birchas Ha-Torah we say Ve-Haarev Na—let the Torah be sweet to us. The Kol Bo (siman 52) writes that on Shavuos, one should eat honey and drink milk, because the Torah is compared to milk and honey. As the Pasuk in Shir HaShirim 4:11 writes, Devash Ve-Chalav Tachas Leshonech. According to the Sefer Pardes Eliezer (Shavuos Ammud 379), the Minhag to consume milk and honey on Shavuos predates the Minhag to eat Milchigs on Shavuos. On Shavuos we must instill in ourselves the idea that Limmud Ha-Torah is sweet, and we must learn in a manner that is sweet to us: asking a kashe, giving a teretz, clearing a chakirah, finding a nafka minah.

The Avnei Nezer (Hakdomah to Eglei Tal) writes that the quintessential component of Limmud Ha-Torah is enjoying the learning. One clings to Torah by being happy with it. The Gemara says in Rosh Hashanah 28a that Mitzvot were not given to derive pleasure from them, but rather, as Rashi writes, to accept the yoke of the kingdom of Hashem. If one takes a Neder not to derive pleasure from the Baal Tokeya, he may still listen to the Tekiyos, because a Mitzvah is not pleasure. The Mechaber in Yoreh Deah siman 221 seif katan 11 paskens that if Revuen takes a Neder forbidding Shimon from using his Sefer, it is forbidden for Shimon to use Reuven’s Sefer. Asks the Taz (Yoreh Deah siman 221 seif katan 43): Why don’t we say Mitzvos are not pleasure or benefit and allow Shimon to use Reuven’s sefer, since he is fulfilling the mitzvah of learning Torah? The Taz answers that Talmud Torah is unlike other Mitzvos. Learning Torah makes a person happy; it is assur to learn regular Torah during shivah because it makes one happy. Torah is sweet like honey. Therefore, the Mechaber paskens that Shimon is unable to use the Sefer because he would derive pleasure from it. This theory is corroborated by Rav Avraham Min Ha-Har on Nedarim 48a (Dibbur Ha-Maschil “sefarim”). He quotes the Pasuk in Tehillim 19:8, “Pikudei Hashem Yesharim Mesamchei Lev,” and explains that the ikar of Limmud Ha-Torah is the pleasure of understanding it, and this makes one’s heart happy automatically.

Based on the Kol Bo, we have a minhag in our house to dip the Challah into honey on Shavous. At the same time, however, I have never drunk a glass of milk before on Shavuos, but maybe we should. Perhaps we can even make it chocolate milk.

May Hashem remove this virus from the planet, and may He heal the cholim and protect the healthy. May Hashem assist us all in coming closer to Him by enjoying His Torah. Chag Sameach.

Rabbi David Hirsch is a Rosh Yeshiva at Yeshiva University and the Rabbi of Kehillas Bais Yosef in Passaic, New Jersey. 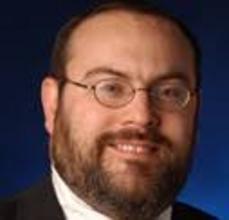