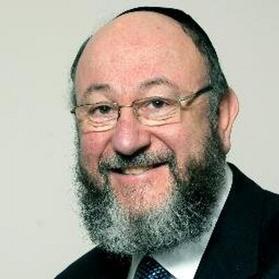 "In this week’s parashiot, we learn that not all of the Twelve Tribes of Israel were situated within the Holy Land’s borders, with one even split across two lands. Practicality, education and a desire to unify the nation may all be credited as possible explanations for this intriguing split, reflects the Chief Rabbi."

This week in the Diaspora, we read the parshiot of Matot-Ma’assei and in them we read how two and half tribes of the Jewish people were allowed to settle East of the River Jordan outside of the divinely-ordained boundaries of the Holy land.

I have come across three great perushim. The first is Ramban. Ramban says simply, Moshe realised that the land of Israel is a tiny land, more space was necessary and so it would be helpful if he had more volunteers to settle East of the Jordan.

The Netziv in his commentary Ha’emek Davar, says as follows: the tribe of Menashe boasted the best teachers within the nation. Moshe knew that outside of the borders of the Holy Land, Reuven and Gad were geographically separated from the spirituality, the holiness of that territory and therefore they desperately needed to be educated. So that they could appreciate their roots, they required the best of teachers and that is why half the tribe of Menashe was allocated to them.

My favourite commentary is that of the Degel Machaneh Ephraim. He explains that Moshe was afraid that once Reuven and Gad would be geographically separated from the rest of the people in the course of time, they could attain a separate independent identity, which could then lead to a split in the nation. Consequently he created a bridge, half of Menashe this side, half the other side, and as a result there was a constant flow of people.

Everybody knew they might be separated, but it was one nation. This is such a pertinent perush at this time of the year. As we approach Tisha B’Av, when we recall how we lost our Temple because of Sinat Chinam, causeless hatred, because of the unnecessary divisions within the Jewish people. From Moshe we learn how  important it is always to create and maintain bridges within the Jewish people to guarantee our togetherness and unity at all times.

Chief Rabbi Ephraim Mirvis is only the 11th Chief Rabbi of the United Hebrew Congregations of the Commonwealth since the office was introduced in 1704. Chief Rabbi Mirvis was installed on 1 September 2013 in an historic ceremony attended by HRH The Prince of Wales, the first time that a member of the Royal Family has attended a service for the Installation of a Chief Rabbi. Chief Rabbi Mirvis succeeds Lord Sacks.

This article was printed with permission and originally appeared on the website of the Office of the Chief Rabbi.