Purim - A Day Of Kiddush Hashem 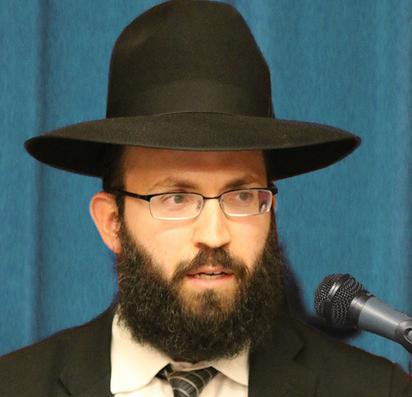 Perhaps one of the most perplexing days in the Jewish calendar is Purim. Purim is a day when all of our usual standards of behavior seem to be abrogated. It is a day marked by incredible, unbridled rejoicing and complete drunkenness to the point of “ad d’lo yada bein arur Haman l’baruch Mordechai.” This seems to defy everything we would expect from a sacred Jewish day. What is the place of such limitless merrymaking on this most meaningful day?

Furthermore, the joy of Purim seems to clash with a number of other established rules. For instance, the Gemara teaches us (Berachos 31a), “Rabbi Yochanan says in the name of Rabbi Shimon ben Yochai: It is forbidden for a person to fill his mouth with laughter in this world, as the pasuk says, ‘Then our mouths will be filled with laughter and our tongues with song.’ When will this take place? When ‘the nations will declare: Hashem has done great things with these people.’” Until our final Geulah, we are forbidden to display complete, unfettered joy. But then how can we be permitted to lose ourselves in the drunkenness and revelry of Purim?

The explanation of Yosef Lekach (9:23) for the requirement of ad d’lo yada makes the mystery grow even deeper. Yosef Lekach explains that on Purim Chazal wanted us to forget our suffering in exile and the pain of the Churban, instead rejoicing over the fact that Hashem exercised His hashgachah over us even after the Shechinah had departed. But Chazal did not want to command us explicitly to forget the destruction of Yerushalayim, so they phrased the halachah as a requirement to lose our understanding of the difference between Mordechai and Haman, who were diametric opposites. If we reach that level of intoxication, we will certainly be unaware of the tribulations of galus.

Yosef Lekach’s approach is truly astounding. How can a Jew ever forget the destruction of Yerushalayim, even for a moment? We are all familiar with the pesukim in which Dovid Hamelech cries (Tehillim 137:5-6), “If I forget you, Jerusalem, may my right hand forget its cunning. May my tongue cleave to my palate if I do not remember you, if I do not recall Jerusalem at the height of my joy.” Yet Shaarei Teshuvah (Orach Chaim siman 695) quotes Mor u’Ketziah, who rules that there is no requirement to recall the Churban at the seudah of Purim. Furthermore, some authorities maintain that during the month of Adar, one should place a sign bearing the words Mishenichnas Adar marbim b’simchah over the section of the wall that is left unpainted as a commemoration of the Churban. Why would there be such a drastic turnaround on Purim that we are actually required to forget it?

A fascinating resolution from the sefer Egeres Hapurim paints the revelry of Purim in an entirely new light. Rabbeinu Bechaye writes in Kad Hakemach that the entirety of Megillas Esther represents an allusion to future events. Just as many non-Jews converted to Judaism during the times of Mordechai and Esther, the nations of the world will abandon their false religions in the future, at the time of the Geulah, and serve Hashem. Just as Haman’s nefarious plot against Klal Yisrael was miraculously reversed and the Jews became dominant, in the future as well, the Jewish people will go from being oppressed and downtrodden to being the most exalted and respected nation in the world.

The miracle of Purim, in other words, generated an awesome revelation of Hashem’s honor. The Jewish people’s salvation from Haman’s decree caused the entire world to recognize our special relationship with Hashem, foreshadowing the events that will take place when Mashiach comes at last. Thus, Purim is a day when we experience a microcosm of the future Geulah. That being the case, it is entirely fitting that Chazal instituted the halachah of ad d’lo yada on Purim. As the Gemara clearly states, the prohibition of unadulterated joy applies only until all the nations of the world acknowledge Hashem’s sovereignty, but on Purim, we are essentially catapulted into the future era when that will have already taken place.  ‘Then our mouths will be filled with laughter and our tongues with song.’ When will this take place? When ‘the nations will declare: Hashem has done great things with these people.’” We can also understand how we can be commanded to forget the Churban on this day, for the joy of Purim is itself a celebration of the Geulah and the rebuilding of the Beis Hamikdash. The most fundamental aspect of the Geulah is that it is a time of kiddush Hashem, when Hashem’s honor and glory will be revealed to the entire world, and on Purim we celebrate such a revelation.

Purim teaches us that not only must we constantly strive to create kiddush Hashem, but we should be incredibly overjoyed when it takes place. Kiddush Hashem should be a source of more joy to us than any other accomplishment in the world.

Purim is a day when we celebrate the massive kiddush Hashem of the victory over Amalek, the primary detractors from kavod Shamayim. The avodah of Purim is to express the fact that a Jew experiences true joy only when there is kiddush Hashem. Therefore, kiddush Hashem should be at the forefront of our consciousness on this day; it should be the sole object of our concerns. The unbridled festivity of the day, the drunkenness and the atmosphere of unchecked celebration do create a significant danger of chillul Hashem. We must be careful to use such a powerful day in the right way and conduct ourselves in a way that can lead only to kiddush Hashem. Then, perhaps, we will usher in the era when Hashem’s honor is fully evident to the entire world.