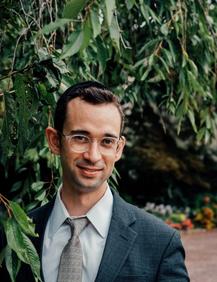 We spend an awful amount of time talking about self-actualization. Every kid who goes to school is taught from an early age that they can be the one to change the world. We tell them that if they follow the route they will become the next Bill Gates, Jeff Bezos or Steve Jobs. Even on a more attainable level, kids are given the sense that if they are to count as anything in society they really ought to be an Instagram or Twitter influencer. They just need to discover in themselves that convergence of ability and passion and then they will be ready to transform society.

In truth, this sentiment is not a bad thing at all. It is important for our kids to grow up believing in the possibility of making a difference. They can and should find their G-d given talents and utilize them in the Torah and secular world. It is a true blessing that we live in a society today that demands that we thrive and not just survive.

However, there is one part of this whole equation which is blatantly missing. In Judaism, the life-mission of a human being has two components. The mission is expressed in a famous verse in Tehillim:

“Avoid evil and do good”

That means, as important as it is for a person to find their unique abilities and share them with the world, it is equally important for a person to discover their vices and subdue them. Every person is born with gifts and challenges. What this pasuk describes is that before one even gets to working on what one is great at, one needs to work on what one is bad at. The self-actualization movement spends little, if any, time on the latter. It preaches about change, impact and influence without necessarily talking about becoming a better human being to those closest and dearest. A product of success from this movement could be a person who has huge financial and social impact on society but could remain their entire life a morally bankrupt individual.

To make this a little clearer, the Torah introduces Parshas Ki Teitze with the following words:

“When you will leave to war against your enemy.”

R. Sholom Noach Berezovsky, the Slonimer Rebbe, indicates that the battle the Torah is describing is not just a war against the armies of the enemy. The battle being described is also about the internal enemy: one’s inclination to follow one’s passions and instincts till the point of self-destruction – the Yetzar Harah. If one reads this section of Torah with this renewed perspective, the Torah actually offers specific guidance into the intricate internal struggle one has with one’s evil inclination.

One pointer the Torah offers is that the battle is the fact that it is against ‘your enemy.’ Every person has an aspect in their personality which is their greatest vice. It is their internal nemesis. It could be anger, arrogance, tardiness, carelessness or the many darker parts of the human character. The Torah is advising us is to identify that corner and spend one’s entire life overcoming it. When you enter the war of character development, make sure that it is with your specific enemy, not anyone else’s and not the easier parts of our character.

The irony is that a person may spend their entire life self-actualizing and sharing their abilities with the world to the degree that they may end up completely ignoring their internal work. As important as it is to self-actualize, it is equally, if not more, important to self-reckon and self-correct. That may be the very reason we were placed on this earth. Our soul might need that specific correction to achieve perfection.

As we begin our new year together, let’s remember the dual mission we have ahead of us. We have a phenomenal amount to share with the world and we should keep ratcheting that up every year. But we also have unique aspects of our personality which we need to reform and change by the end of our sojourn on earth. Let’s take this year ahead as a time to improve ourselves and improve the world around us.

Rabbi Ya'akov Trump serves as the Rabbi of the vibrant community of Young Israel of Lawrence Cedarhurst. It is his passion to share his passion for the Torah and its relevance in contemporary times. He is featured speaker on YUTorah.org, has his own Nach Yomi website, has a itunes podcast and recently released an App on both the ITunes and Google Play stores. Rabbi Trump has been involved in many community wide projects including being hub coordinator of the Shabbos Project in the Five Towns-Far Rockaway bringing hundreds and thousands together raising the bar of Shabbos and the Five Towns Drug Awareness panel. Rabbi Trump teaches Halacha at the Shulamith High School for girls. Rabbi Trump is co-chaired the 59th annual RCA Convention for hundreds of Rabbis across America. Rabbi Trump grew up in Johannesburg, South Africa. After graduating high school, he spent several years in Kerem BeYavneh in Israel followed by Ner Yisrael, Baltimore. He holds a BA in Mathematics from Yeshiva University and has taken multiple Actuary exams. While completing Semicha at RIETS, he served as Rabbinic Intern in Kesher Israel DC, Young Israel of Jamaica Estates and the Beth Din of America. He spent two years as Rabbinic fellow of the YU Torah Mitzion Kollel of Chicago creating new programs and shiurim. He has been a scholar at many programs including the OU Convention, Sharmel Caterers Pesach program, Kosher Rustic and the OU West Convention. He and his wife, Malka, and children live in Lawrence.