It is a miracle that the Jewish people are here. The three weeks leading up to Tisha B’Av mark the time of the destruction of both our holy temples, the killing of many Jewish people, and the exile of the remaining Jewish people.

“Atem Ham’at Mikol Hoamim.” We have been the smallest of all the nations, yet the Jewish people are here today, and many more powerful nations are not here anymore.

There are three types of miracles:

2)    During the miracle, the thing changes from its original, natural state.  So when G-d split the Sea of Reeds with winds from the east, the sea changed its form and became a wall of water, like a wall of stone.  If G-d had stopped the eastern wind for a moment, the water would have returned to its natural, flowing state.  And as soon as the Jewish people went through the Sea of Reeds, it returned back into flowing water.

3)   The third kind of miracle affects and changes the nature of the thing; a supernatural miracle.  The Torah tells us that through G-d’s miracle, Moshe Rabbeinu’s hand was turned into leprosy and became white as snow and remained that way.  It was through another miracle that  G-d told Moshe Rabbeinu to put his hand into his pocket, and it was returned to its previous, natural state.

We just came from the third of Tamuz. The Seder Olam Rabbah (Chapter 11) tells us that a great miracle happened on the third day of Tamuz, which fits into the third category above, a supernatural type of miracle, the miracle with Yehoshua, “Shemesh B’Givon Dom.”  The sun stopped moving and continued to shine until Yehoshua won the battle of Givon.  This was one of the greatest miracles that ever happened.   It happened so that Yehoshua could win the war and conquer the enemy. This miracle was so great and above nature that the pasuk says such a great miracle never happened before or after it.

Though G-d could have circumvented orchestrating such a supernatural miracle, by letting the sun set and giving the power of sight to the Jews at night to fight the war, as it says by Mitzraim, by the plague of darkness, “Ulchol B’nai Yisrael Hoya Ohr,”   “For all the Jewish people, there was light,” G-d chose to work above nature.

Only 90 years ago in Communist Russia, the sixth Chabad Rebbe, Rabbi Yosef Yitzchok Schneerson, was in prison.  He was put on death row for teaching and spreading Torah and mitzvot.  It was also on the third day of Tamuz that he was let out and given a lighter sentence, and only later was he set free.  A miracle.

Wouldn’t it have been enough to prove G-d’s point if He had just selected Aaron’s staff to blossom with almonds?  Why was it necessary for the staff to sprout buds and to blossom and bear almonds?   A supernatural miracle.

The Gemorah (Yoma 52b) tells us that Aaron’s staff – with its buds, blossoms, and almonds – is hidden for all time.

The Lubavitcher Rebbe, Rabbi Menachem Mendel Schneerson, teaches us a lesson from this for all time.

The Talmud (Nidah 31a) says, “Ein Baal Hanes Makir B’Nisoi.”  A person does not recognize miracles that surround him.  This is not just something we learn from the Talmud.  Rather, if we think about it, we see this in each person’s life.  Not everyone merits to witness a miracle – to see life in a revealed way.  However, we are surrounded by miracles.  Sometimes a Jew comes to the conclusion that he does not merit to see a miracle.  However, he can see miracles – G-d works with a Jew, not only according to nature but above nature, through miracles.

As the Rebbe Maharash says, a Jew’s parnassa, his sustenance, is like manna from heaven, which the Jews received in the desert.  A miracle.  Those who strive to witness miracles will not tire; they will succeed.

The Torah teaches us that even miracles are done in a natural manner.  And in this world of nature, we exist by miracles.

May we merit to see very soon the great miracle of the Moshiach’s arrival in our world of nature.
Amen.

Rabbi Moshe Wilhelm is Director of Chabad of Oregon. 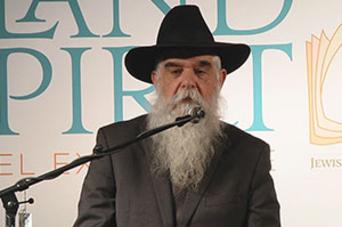 The Three Weeks And Miracles