Standing With Sarona On Shavous

I was invited to speak at the Connections Shavous Retreat in Catskills, New York. After candle lighting, we played a get to know you game wherein 100 singles were asked to stand up and share something they were passionate about.  Anyone with similar interests were asked to rise and elaborate. People loved music, art, theatre and swimming. For my turn I said my heart went out to people of Tel Aviv.

I asked if anyone had done something to stand by Tel Aviv in the wake of the terror attack just two days before at Sarona Market. The room was silent.  Nobody stood by me.

I was planning on dedicating my Torah learning to Tel Aviv and asked if anyone would join me. "I'm with you Shira"  said a little voice from the back.  It was Rachel, a friend from seminary, a convert. Having her by my side made me feel confident enough to continue.

Someone suggested reading tehillim together.  During davening and after meals the chevra sang Hatikva. People began calling me Rebbitzen and wanted to hear my story.  Just before maariv on Shavous, I gave a shiur called "From Rejected Stone to Corner Stone: How "Sin City" Tel Aviv set the Guinness World Records for Largest Shabbat Dinner." I led an interactive workshop about putting aside personal judgements in order to reflect as a collective.  Ironically, I even discussed the danger of religious extremists justifying violence towards the the LGBT community.  None of us had even heard about Orlando yet, as were were all observing Yom Tov, but we were moved to
do something in the name of peace against needless violence.

One by one, the entire room stood up and started singing David HaMelech's words on his yortzeit,

"The stone that the builders rejected became a cornerstone."

On my way home,  I emailed Jay Shultz, founder of White City Shabbat and my brother in Observant Zionism.  I wanted him to know Jews in America stood by Tel Aviv and to hear how their event went.

"Rock on sister. 600 for Shavuot exactly above the Max Brenner shooting at Sarona Market. Two months ago we closed to do it at WeWork Sarona, and three days after shooting we had a mega TIKKUN!  Speakers all night in Hebrew and English including prominent rabbis and members of Knesset. Both the Jewish Women's Renaissance Project and Hineni Israel partnered with us in support!"  he wrote me back.

I am so inspired by my Israeli family. The mass murder at a gay night club in Orlando was a ungodly act of hatred.  May the light of Torah that shined from the Sarona Market  teach us all to respond with unity when diversity is under attack.

Shira Nussdorf made aliyah from New York and travels between Jerusalem, Tel Aviv and New York teaching, speaking, and creating events for vibrant Jewish organizations like Aish, Hineni, Chabad, Gateways, Oorah JWRP, Birthright and many others. As the Shabbas Princess of White City Shabbat, she hosts a record number of Observant Zionists each year. 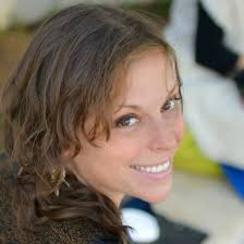